INFO@INTRO.IE 01 6777 000
INTRO 24 Grafton Street, Dublin 2SERVING ALL 32 COUNTIES
Home » Dating Advice » Valentine’s Day is Just Around The Corner: Are Your Dating Strategies Really Working For You? 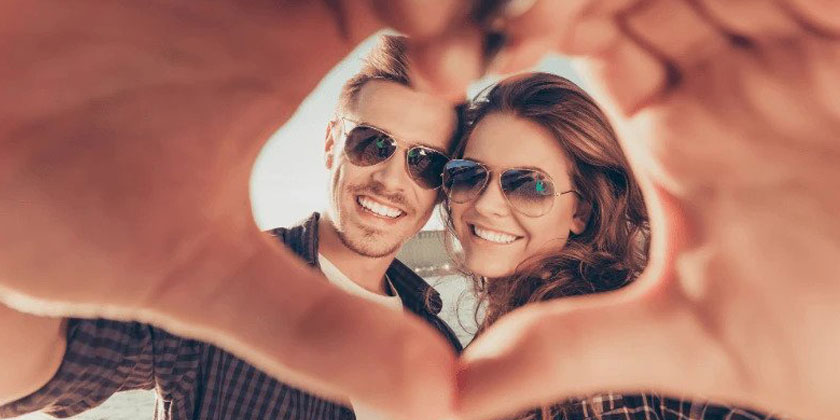 Valentine’s Day is Just Around The Corner: Are Your Dating Strategies Really Working For You?

Yesterday was Blue Monday, and although that usually means the most depressing time of year is finally over, some of you may be feeling a bit blue nonetheless. We are here to remind you that the end of January is in sight! The month of overeating and trying to get your steps in after putting on the Christmas pounds is coming to a close, and what better way to keep your tunnel vision in check than reminding yourself what’s in store in February… you guessed it, it’s Valentines’ Day! The time of year that pushes singles together better than your secondary school best friends at a first year disco.

This Valentines’ Day, however, could be the first time you don’t go out for a meal or book a long weekend away at a hotel down the country. A trip to the theatre and a glass of bubbly will be off the cards, as well as wine tasting or a trip to the Guinness Storehouse (wouldn’t be my first choice, but the heart want what the heart wants!). This puts a rather anti-climactic spin on a day that is supposed to be filled with chocolate-covered rose petals. Trust us, we hear you when you say you’re sick of following paths that lead nowhere in your search for love. Sometimes, you have to take the road less travelled by, and in the words of Robert Frost, “that has made all the difference”.

In the 21st century, when you talk about dating, you’re usually met with Tinder hook-up stories and tales of your long-forgotten ex, who wasn’t really an ex, but more of an online companion who you sometimes get frisky with after a night out on the town. For some reason unbeknownst to us, online dating has become ‘trendy’ in recent years. When you meet your gal pals for brunch, the infamous white flame in a red box is a hot topic of conversation, like a pair of new shoes or a swanky new bracelet. When the guys go out for pints, a frequently asked question is “well lad, have you been talking to any fit birds on Tinder recently?”, rather than aimlessly arguing about whether or not Bobby Firmino should have been dropped from the Liverpool starting team in last night’s Premiere League match. Nobody is embarrassed about dating online in 2021. Why? Because the popularity and traction the app is gaining allows the average man or woman to avail of its service by masking their true intentions. In other words, people can use Tinder and claim they’re “only on it for a laugh”, when in actuality they could be trying to make a real connection with somebody. This can be great in some cases- you no longer have to be embarrassed about texting 8 women at a time to boost your pre-existing massive ego. In other cases, however, it means that it’s very unlikely that you are on Tinder to really meet someone special. The trivial attitude that has become associated with dating apps is that many people use them to gain a sense of confidence, leeching off the attention they obtain and rarely wanting to make any real progress in terms of a long-lasting relationship.

Nobody who is serious about building a long-lasting relationship wants to be transient dating, but this is how the online dating system works

The problem with this is… well, there are many problems that come with utilizing dating apps for such purposes. Although you might think that everyone using dating apps holds the same lacklustre values as mentioned above, there are an awful lot of users who genuinely are using the likes of Tinder and Bumble to meet someone special. This may come as a shock to some of you, but for the rest it’s a feeling that’s easily identifiable deep down. The effects of putting yourself out there in the world of online dating can be detrimental to your mental health, your honourability, your loyalty and your intentions with, and understanding of, romantic relationships. This type of dating is described as transient, and by part taking in it, you become a Transient Dater.

Nobody who is serious about building a long-lasting relationship wants to be transient dating, but this is how the online dating system works. Picture this: you see someone who you’re attracted to, you match and chat to them for a while, it’s all going wonderfully splendid indeed. You meet once, twice, three times and you engage in sexual activity after the third date. Great! Your head is reeling, you think you’ve found ‘The One’, you delete your Tinder and Bumble profiles and start thinking about how many children you want to have and where you’re going to get married. Then, the texting becomes less frequent, the language used isn’t as amorous anymore, the date nights fade into oblivion and you’re sat wondering why they haven’t responded to your text from two weeks ago. Now, imagine the hurt, the knockback and the pain you feel when they finally reply with: “Listen I had a really great time with you but it was only for the laugh, really”. Does this sound familiar? What needs to be noted is the fact that, whether or not you believed that what you felt was real, they were availing of the mask now provided by the popularity of online dating apps.

With an unlimited number of other people on offer via the internet, there’s little incentive to work it out if things get tough

We have heard stories like this time and time again since the increase of Tinder users in 2017. The set-backs you suffer while dating can really impact your self-esteem, your perception of yourself and your confidence levels. An article in The Daily Mail provides a de-brief of online dating in two sentences: “With an unlimited number of other people on offer via the internet, there’s little incentive to work it out if things get tough. And with the cloak of anonymity the net provides, it’s never been easier to be unfaithful”. Simple concepts like loyalty and formality are ever-changing in the world of online dating, and they’re carrying into real-life situations too. A decade or two ago, people would date one person at a time, maintaining some degree of loyalty to their partner before ending a pursuit for love and embarking on a new one. Nowadays, the cloak of online dating allows one person to pursue any number of romantic relationships at a time without having to leave their bedroom. The shame is gone, this is seen as almost ‘normal’ among daters in 2021. Online dating is eradicating the idea of monogamous love, and changing the formality of dating by eliminating the end goal and focusing on the immediate gratification you get from a ‘swipe right’.

Our advice to you is to consider what you’re looking for in your pursuit of love. If you’re new to the dating scene and looking to weigh up your options, do some research! Intro provide a personable service and careful approach to daters who take their search for love seriously and who actually want to pursue a long-lasting relationship. We pride ourselves in our extensive matching process that allows us to match singles who are looking for the same thing, are well intentioned and who are ready to put themselves in a zone that will allow for higher rates of success in long-lasting love. If you’re not in that mindset, then of course avail of the freedom provided by dating apps to test out the waters. However, be honest with yourself when you feel like you want a relationship that is a little more sustainable. If you catch yourself asking “are all the flings and thrills really worth the set-backs?”, you know where to find us!