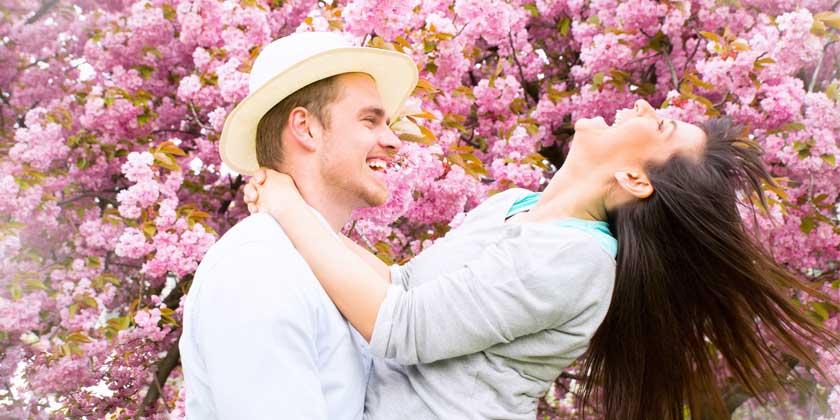 If living longer can be considered an indicator of being healthy, then we suggest finding yourself a lifelong mate. Dan Buettner’s Blue Zones’ research found that committing to a life partner actually adds 3 more years to your life expectancy. In a review of 148 studies, it was determined that people with strong social relationships are 50% less likely to die prematurely.

If you want to be physically healthier, then it’s a benefit to have strong relationships. Psychologist Sheldon Cohen discovered that college students who stated that they had strong relationships were actually half as likely to catch the common cold, when they were exposed to it. While you’re enjoying your relationship, you can also benefit from now having access to their friend circle too. The National Bureau of Economic Research surveyed 5000 people and found that by doubling your group of friends, this had the same effect on your wellbeing as receiving a 50% increase in one’s income.

Admittedly, there may be times where you feel like your partner (or your partner’s parents) are causing you more pain than pleasure. However, a Florida State University study of 1621 college students actually determined that couples had fewer mental health problems than their single counterparts. Now it’s not just college folks that are seeing the benefits. In a 2002 review in the American Journal of Sociology, it was determined that single men and women had more depression, anxiety, and suicidal behaviours.

Ever made the figurative statement that your partner was a real pain in the —? It’s actually false and you literally feel less pain when you’re in love.

A 2010 study that was published in the PLoS ONE journal found that students that were intensely in love were distracted from the pain caused by a heat block placed in their hands. Images of the participants’ brains confirmed that when students looked at pictures of their loved one, they were distracted from the pain. Similar results weren’t discovered in showing these students pictures of equally attractive individuals.

Dr. Joseph Hullett conducted a pain study utilizing electric shocks. Female participants experienced dramatically less pain when they were holding the hand of their husband compared to anybody else. If currently partnered, give their hand a squeeze right now and enjoy those pain-defeating benefits.

A Newcastle University study found that men start eating healthier, when they move in with their partner. Unfortunately, some women actually get worse eating habits. Another massive benefit of having a partner for men, discovered by cancer charity Orchid, is that single men are less likely to recognize testicular cancer. That’s right, for men, having a partner could literally save their life.

In 2005, there was a study in the Journal of Neurophysiology that looked at MRI images. The study found that individuals in that early-stage, intense romantic love could actually activate certain dopamine-rich areas within the brain.

Imagine if your doctor told you that they had a pill that would help you live longer, reduce mental health issues and help you become physically healthier. You’d probably ask for a prescription that very instant! At INTRO we don’t write prescriptions…but through our years of experience in successful and appropriate couples matching, we’re happy to be contributing positively to the national ‘healthiness quotient’!

Contact INTRO today and soon you could be reaping the many benefits that individuals in a long term relationship experience.