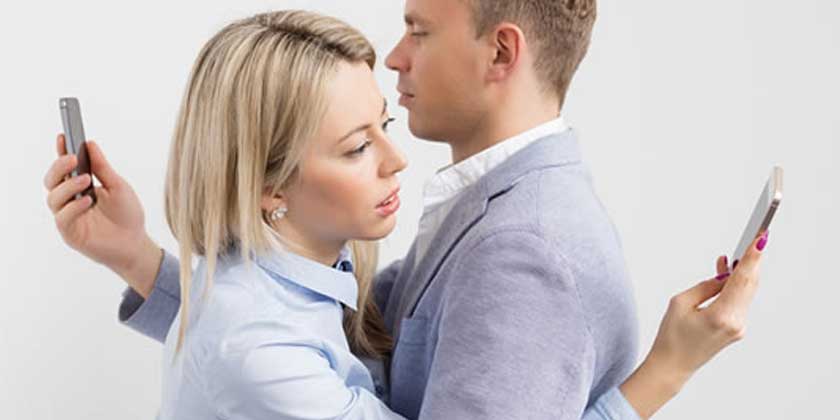 Phubbing (~noun)
The practice of ignoring one’s companion or companions in order to pay attention to one’s phone or other mobile device {source: Oxford Dictionaries}

We’ve all done it from time-to-time; tuned out our friend or romantic companion as they seemingly talk endlessly about some topic or other, while we scrutinise our social network accounts, fire off a few WhatsApp messages and check our emails for the third time in the last three minutes.

You may not have been aware of it, but in that moment you are committing one of the most verboten social transgressions; you have just become a fully certified phubber, or phone-snubber as the portmanteau describes.

The term phubbing was coined as part of a campaign by Macquarie Dictionary to describe the habit of snubbing someone in favour of a mobile phone. In May 2012, the advertising agency behind the campaign, McCann, had invited a number of lexicographers, authors, and poets to coin a neologism to describe the behaviour.

Is Phubbing Really all that Bad for Relationships?

The short answer is ‘yes’; the long answer is ‘yes, it most definitely is!’ Phubbing is one of those very efficient acts of rudeness that accomplishes a lot with very little effort.

For example, your date is chatting to you about their day. They are sharing this with you and they value your attention. They seek any well considered reaction you might have to their contribution. Yet, in just one split-second glance to your phone, you have disengaged. And without any warning too.

You have effectively conveyed to them the message that they are not interesting or important to you right now. Moreover, since you almost certainly aren’t distracted by your phone for matters of life-and-death, you have placed your companion in an ordinance of, ‘Facebook first, you last!’

Way to hurt somebodies feelings, while expending a barely appreciable amount of energy in the process. You are the nuclear power of rudeness. A tiny atom of appalling etiquette, capable of soul-crushing devastation.

Relationships of every kind suffer

It’s not just romantic relationships that are damaged by phubbing. Certainly, a first-date might never make it to a second date if one party demonstrates a preference for their phone over their date. But family, friends, colleagues are all potential victims too (or perpetrators – let’s not assume you are the only practitioner of the awful deed).

And, while some people may be too polite to indicate their hurt or disapproval, a delicate, newly-forming romantic relationship might never flourish precisely because of this new phubbing trend.

If you’re talking to a person and then do this, they just disappear. It’s a horrible abandonment.

So, the solution is actually quite simple to conceive, but for some it will be hard to execute. Check your phone once-and-for-all before a date, then put it in a pocket and leave it there, at least until your dating partner has excused themselves for a trip to the WC, where, let’s face it, they are probably checking their phone too.