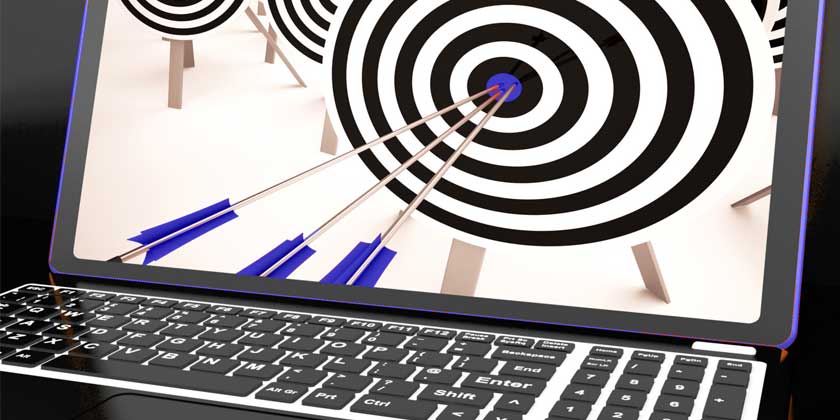 Intro is a professional Irish matchmaking company that believes strongly that face-to-face dating is still relevant in today’s society. Yet, there’s no denying the power of online dating and how much time that individuals are willing to spend on it. You come up with the perfect profile descriptions, photoshop pictures of yourself to literally put your best face forward, and spend your hard earned money on subscription fees to read messages from suitors. Have you ever stopped to wonder if it’s worth it? The good news is that we’ve located some online dating success stories for you!

Online dating success begins with who’s actually on these sites. For some females, it may feel like you’re being inundated with messages from men. You may be shocked to learn that there’s actually more females than males on some of the top online dating sites (e.g. Match and eHarmony). This can be attributed to these sites requiring individuals to fill out lengthy questionnaires.

Another interesting fact is that individuals that are 50+ are more likely to meet someone to date through online dating. If you’re feeling like you’re too old to still date, then push that thought away, and you could soon be an online dating success story.

If you’re thinking that online dating is still a bit shameful, the University of Rochester would like to put your mind at ease. A recent study by them indicated that up to 25% of all couples are now meeting through online dating. Embrace technology and you too could be joining the 1/4 couples that meet through a dating site. If you’re interested in marriage, then a study out of the University of Chicago will give you hope. They reviewed data from 2005 – 2012 and determined that a staggering 1/3 of marriages began through an online dating site. Even better, they’ve determined that these marriages were actually happier and lasted longer than couples that met offline.

While statistics are great, it can certainly take the emotion out of online dating success. We’ve located a number of anecdotes of successful couples that utilized online dating.

For those concerned that online dating can take months or trial and error, this couple proves you wrong. Jon and Rachel both signed up for the same online dating site and found each other within a week. They connected, agreed to meet up, went on a few dates with other people, and realized that they liked what they had with one another. Two and a half years of dating followed and now they’re happily married. Neither believed they would find the love of their lives so quickly, but they’re proof that online dating can work.

Listen to Your Parents

Leslie was surprised when his own parents suggested that he sign up for an online dating site. They wanted him to embrace the future of dating, but he was quite hesitant. His parents agreed to pay for 6 months of access to a subscription service and he could no longer object to trying it out. Meanwhile, Kristy had been on the same site for almost a year with a few dates here and there, but no true success. She came upon Leslie’s profile, was slow to contact him after all her previous failures, but took the plunge.

The two of them casually dated for a few months and now are preparing to move in with one another. The worst of it is that Leslie’s parents continue to insist on providing him with life advice, but it’s worth it knowing that they were right about the choice to pursue online dating.

The beauty of online dating is that it can allow those who are shy to succeed too. Such was the case with Mary and Daniel, who could easily be described as classic introverts. Both too timid to approach the opposite sex at the bar, but well versed at how to create an engaging online dating profile. They used their gifts of honesty, presented what they were looking for, and who they truly were. Daniel sent the first message, Mary eagerly replied, and they connected online for a number of months before finally meeting in person. They gladly refer to their story as an online dating success and can’t wait to share with their 6 month old newborn how they met.

Dating sites are changing the ways that people connect for the better. It’s providing an opportunity for individuals to meet people that they’d never come across in their daily lives. It’s hard to deny that online dating success stories are now the norm and it’s no longer such a taboo activity. At Intro, we will always offer highly professional matchmaking services; however, we know that other avenues exist and support your right to select the best choice for your future.