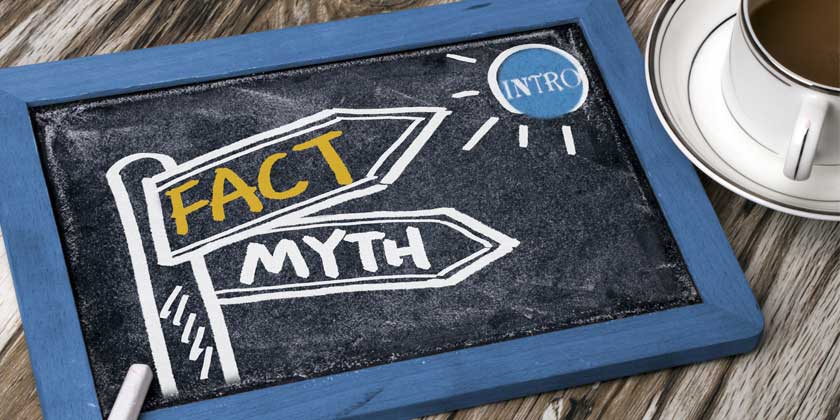 As the stigma associated with meeting a romantic partner through online dating or matchmaking services declines, so too does the belief in some of the curious myths that have become associated with this brave new world of dating. We all know the clichés – men are only interested in women in their twenties, everybody lies online, online dating and matchmaking is dangerous – but have these become over-amplified through lazy media reporting and just how much weight should we attach to any of them when we consider taking the online route to dating or considering a matchmaking agency?

Here we take the top four myths in turn to see if they are as apocryphal as Newton’s apple, or if they have any real truth behind them.

Myth: Men are only interested in women in their twenties.
Truth: Okay, so there is plenty of raw data supporting this one. While women generally prefer men around their own age, men are most attracted to 20-year-olds, period. That’s why the Daily Mail calls straight women over 45 the “plankton generation” — at the bottom of the romantic food chain. Time magazine editors found the notion of men dating women in their 30s so baffling that they invited 15 experts to explain the phenomenon.

However, despite all of this, the founders of OK Cupid analysed user behaviour in this regard and found that the men on the site tend to message women closer to their own age. Very few men over 30 actually reach out to 20-year-old women. And while it’s true that being older and single means you face a “thin” romantic market, both on the Web and off, the sheer scale of online dating mitigates this.  After all, the best way to beat long odds is to take lots of chances, and even for older users, dating sites and matchmaking agencies can provide thousands of romantic options.

Myth: Everyone Lies Online
Truth: This is possibly the hardest myth to debunk. The term ‘Catfish’ has entered everyday usage to put a label on one of the most commonly held assumptions about dating sites and matchmaking agnecies – namely that everyone lies. There are small lies and the whoppers that have no basis in reality.

Ironically, height is a good example of a ‘small; lie.  Men and women more or less uniformly add two inches to their height in their dating profiles. Of course in any human interaction, there will always be some amount of posturing. But the analysts at OK Cupid have shown that online dating isn’t especially vulnerable to our collective weakness for self-flattering fibs.

if they do want to pursue an offline relationship, they can’t begin it with outright falsehoods that will quickly be revealed for what they are

The real problem is when the lies are so big and voluminous that the dating profile and the real user are disparate in the extreme.  Thankfully, this is rare enough to collapse the myth that it is ‘everyone’ that is doing the lying.

Gwendolyn Seidman, writing in Psychology Today, explains it well: “Online daters realize that while, on the one hand, they want to make the best possible impression in their profile, on the other hand, if they do want to pursue an offline relationship, they can’t begin it with outright falsehoods that will quickly be revealed for what they are.”

Myth: Online Dating is Dangerous
Truth: Meeting a ‘stranger’ carries its share of risks, but with some common sense in terms of your own personal safety, it has been shown that dating sites and matchmaking agencies aren’t actually all that dangerous in this regard at all.

Of course, grim stories abound. In 2010, Boston’s “Craigslist killer” was charged with murdering a woman he had met online (he later committed suicide in jail). In 2013, Mary Kay Beckman sued Match.com for $10 million after a man she met on the site came to her Las Vegas home with a knife and an intent to kill. Thankfully, these stories are rare and usually within them there is evidence of a less than sensible approach to safety.

Online dating allows people to browse partners from their own homes. Compare that with meetings at bars or parties, where people might be a few drinks in when the flirting starts (studies show that alcohol use increases the risk of sexual assault). Also, people almost universally pick public places for their initial online dates: coffee shops, restaurants and the like. It’s very deliberate — after all, you’re looking for a partner through an interface — and that creates a safer environment.

The Book and its’ Cover

Myth: Photos are the best way to tell if you will be attracted to someone
Truth: This premise is so well-worn that sites like Tinder, Hinge and Coffee Meets Bagel offer little information about users beyond a collection of pictures and a two-line profile. “Online services enable a downright Seinfeld-ian level of superficial nitpickiness,” one Fortune article lamented. They’ve “given rise to a pick-and-choose shopping behavior that prioritises looks more than ever before.”

In reality, how someone looks in a couple of pictures is no indicator of whether you’ll be attracted to them.  Of course most online dating sites acknowledge that without profile pictures they would go out of business.  However, you need more than a picture to have enough boxes ticked before you can truly tell if there is an attraction there.  Thankfully, being humans and ‘social animals’ we strive to read the contents of the book and not settle just for the cover.

It turns out being attractive is only really best if at least some people find you, well quite ugly actually

Add to that the fascinating and powerful (as well as humorous) findings of Hannah Fry in her mathematical take on attractiveness.  It turns out being attractive is only really best if at least some people find you, well quite ugly actually! The wonderful Ms. Fry explains the serious maths in her uniquely light-hearted way and suggests what this means for being truly honest in your online profile photo.

Matchmaking through the Myths

At INTRO Matchmaking our approach is somewhat different to online dating. Firstly, we meet every member personally so it’s all about honesty. We encourage you to be who you really are because, as the famous Wildean quote goes, everyone else is already taken.

We also arrange your dates with matches created and curated by real matchmakers, not by computer algorithms. That means your honesty and our matchmaking create matches that have a much higher likelihood of success. It also means that we are able to arrange dates in safe environments and give you guidance on how to be safe. So a happy, safe, honest dating experience to all our members!