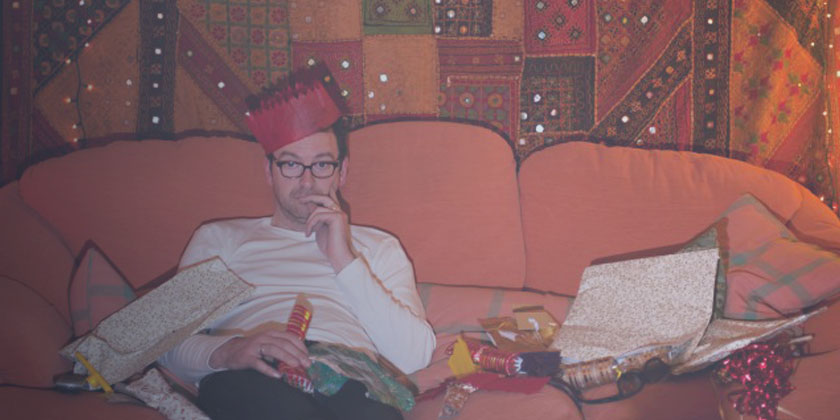 Loneliness in Men at Christmas Time

Following the month of November, when the ‘Movember’ trends have come to a close, we fall into Christmas. A festive season, full of cheer and family gatherings. Bright lights and decorative shop windows, mulled wine and cosy nights in by the fire. These are the things that come to mind when we think of Christmas time. A commercialised, glory period that originated out of a Biblical miracle. But not everyone can associate Christmas with these festivities. Not everyone has a family to visit, or friends to go drinking with. Not everyone receives presents. Not everyone can travel to visit their families. This Christmas period especially, due to the threat of further, more severe restrictions and the cancellation of flights for emigrant natives to return to their family home, marks a season where loneliness is at an all time high. In big cities, in small, rural villages, across the globe people are suffering.

Loneliness is sly. It can sidle up even to those who are the least vulnerable to it Rachel Cooke, ‘The Guardian’

Although this is an important topic to discuss during every Christmas period, the events of 2020 make it much more topical this year. The COVID19 Pandemic has left the world in a state of confusion. It has forced the most extroverted people to avoid interaction, and the most introverted people to live in a constant state of loneliness. Some of us simply can’t comprehend the effect this can have on a single, elderly gentleman in a rural Irish village, with no wife or family close to them. Or a young, single man in Dublin, living miles away from his family, who can’t get the time off work to make the trip home worthwhile.

As Josh Glancy outlines in Men’s Health, “Loneliness isn’t gendered, but men in particular tend to struggle to express deep feelings and form meaningful connections”, and as a generalised view at the best of times, this year shines an imperative light on the rise of loneliness in men this Christmas. Women are known to cope with loneliness in a much more effective way than men. The ability women have to reach out to friends and family and talk about their loneliness is far greater than that of men, who silently struggle with mental health issues and societal withdrawal. For our male counterparts, talking about mental health issues is considered taboo, weak and ‘unmanly’. To keep ourselves safe from the COVID19 virus, we have been urged to limit interactions with as many people as possible, but this diminishes the mental state to a much similar, fatal degree.

And then there’s Christmas…

Christmas can be a harrowing time of year for many reasons, and as consumerism continues to prevail in modern-day society, a lot of people find themselves stressed and worried about splurging money on various materialistic items that they can’t afford. This stress however, is simply minute to the thousands of single men who are unable to voice their need for company. A dinner with their daughter. A drink with their brother. In researching this topic, I came across a quote in The Guardian that explains loneliness as a poverty of the mind, “the emotional poverty that is loneliness has so many causes, and can be found in so many places for so many different reasons”.

If you really strip down the needs of a human being, materialistic items don’t fit the brief. This is so often overlooked at Christmas time, and is masked with a veil of superficial giving. Ask yourself if your father really wants a Tommy Hilfiger shirt this Christmas, or a few hours to chat about how COVID19 has emotionally affected him over a cuppa. With the year we’ve all had, an ear to listen might be the most important gift you can give.

The sad truth of the festive season is that it hones in on family values, there’s an expectation for families to sit together and bond over a turkey and Christmas pudding. For a lot of single men, this could be the worst thing imaginable. “Over a quarter (26.3%) of [single men] aged 25-34 feel anxious at the prospect of spending time with family over the festive period”, shares a journalist for Priority UK. This can come down to a number of things, but guilt and shame of not having a partner falls at the forefront for many single men.

Spending time with family means the judgement of yet another year without a partner. Another year of isolating themselves from those closest to them for fear of being looked at in sympathy or pitied. This year has knocked so many singletons from the dating scene without warning, and with periods of isolation and loneliness increased, the anxiety that shadows a family gathering could be astounding.

Loneliness – A Form of Hunger

In its most simplistic form, “loneliness is often compared to hunger. It’s a lack of emotional sustenance, the physical pleasure of being in the company of someone who cares about you”, and its highly doubtful any human has lived without experiencing the feeling emptiness that comes with loneliness. Women are more often able to accept and move on from periods of loneliness, and a lot women have a level of empathy and understanding of themselves that allows them to cope with being alone, or to acknowledge and grow from periods of loneliness.

The bonds women form with each other emotionally are far greater than that of male friendships, and for a man who is isolated from a female counterpart, it is very difficult to confide in someone when they feel alone. Counsellor Patrick McCurry explains how “the man hit by a crisis is less likely to confide in his partner or friends, or even to talk to his GP until things get really bad. That old message of ‘boys don’t cry’ rings loud in his ears, often until the situation has got so bad he is desperate”, further affirming the fact that loneliness in men is often at crisis point when it finally becomes acknowledged. Although you may have been particularly aware of these issues already, this year it is especially important to check in with the single men in your life.

Reaching Out – Some Gifts Can’t be Bought

Devastatingly, in a study conducted by Mind UK it has been concluded that “almost one in ten people admitted that they have considered taking their own lives because of the festive period (9%)”. Let this be a reminder that this year has been especially tough, and it is so important to reach out to people that could be suffering from loneliness in silence. The man who suffers in silence is not weak, or ‘unmanly’, or lazy. He is not simply introverted, or shy, or quiet. He is suffering from loneliness. Chronic, paralysing and terrifying. We at Intro acknowledge this, and so should you. By being aware of loneliness in men this Christmas, we can bring relief and support to those who will otherwise suffer in silence.