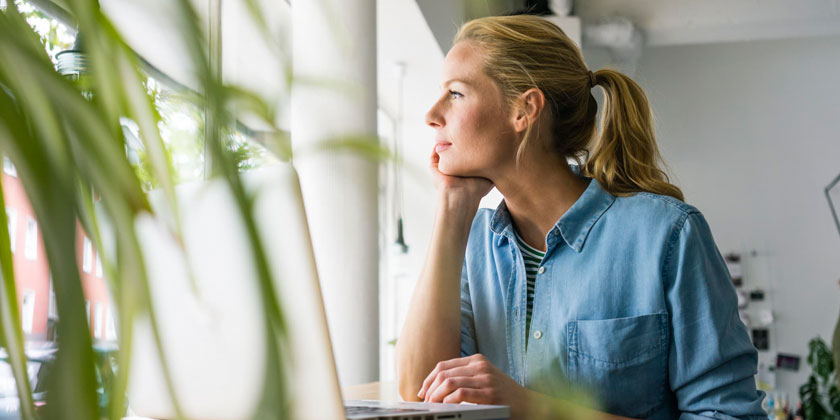 Another Year, Another Lockdown: The Irish Dating Scene in 2021

As 2020 has come to a close and we venture back into a Level 5 lockdown, singletons across the country are, once again, launched into a period of loneliness. On top of that, Irish singles have a quaint ability to be, well, just plain bad at dating. Most Irish people in limbo for love tend to catastrophize the idea of chatting to someone new, making the next move and getting into the dating scene to begin with. The ‘Irishness’ that has been embedded into our culture often leaves singles around the country settling with a partner who might not tick all of their boxes, just because of convenience. The “sure its grand” catchphrase becomes a mentality, and for some, even a lifestyle mantra.

At Intro, we find the majority of our female clients are telling us the same thing- “There’s no good men left out there, how can I guarantee that there will be men on your books that I can see myself falling in love with?” So I’m here today to give you the answer. Well, at least an explanation as to why Irish men are stereotyped at being so tirelessly ‘undatable’ and how we can help you pick the best out of a not-so-bad bunch in 2021.

Balancing Social & Digital Representations with the True version of Ourselves

The 21st century has taught us a lot of new tricks. Besides the obvious ability to showcase yourself to your peers and family abroad as “living your best life” by using social media like Facebook and Instagram, it has also broadened the playing field for singletons with the increase in popularity for dating sites like Tinder, Bumble and OkCupid. The stark realisation that came with this sky rocketing obsession of presenting yourself online is that, more often than not, people tend to portray their ‘best’ selves online, rather than their regular, run-of-the-mill ‘real’ selves that control the online persona. For Irish singletons in the dating sphere, this was the long-awaited boost they needed to finally land a date with the woman or man of their dreams: avoid the awkward, first encounter in the local when you’re locked with the boys watching the match, dicky yourself up and add a filter to your picture and post with a witty caption you copied from LadBible. Seemed perfect in the 2010’s, but as we embarked into the 2020s, online daters are starting to notice a pattern in the men they come across.

Tinder stereotypes include The # Guy, The Chat-Up Man, The Try Hard and the notorious I Have A Picture With Conor McGregor Guy. These stereotypes are usually masks, the men behind them telling little white lies or exaggerations of the truth to make themselves seem dateable to the average Irish woman. In a survey conducted by KasperSky.com, “57% [of online daters] admit that they embellish reality on dating sites”, a stat that makes you consider the former, more traditional style of dating much more favourably than recycled chat-up lines and pictures of men with dogs (that they don’t even own). Nobody is really at fault for this, everyone tends to big themselves up a little bit when looking for love. It’s a fear strategy. Rejection to the Irish single man is like ripping the patchy GAA pitch from underneath him. As outlined by KasperSky, “many users (16%) present themselves dishonestly in the hopes of looking better to potential partners”, and who can blame the average Irish man for trying their best?

We at Intro believe that there are better ways to show a woman you care that doesn’t involve masking your identity in overused puns and filtered pictures. But, to be honest, most men on dating apps are just trying to get their foot in the door. With the overwhelming amount of profiles that pop up when searching for Mr. or Mrs. Right, a sense of confusion can often come into play. As The Insider Tails denotes, “the choices of partners can become confusing and overwhelming without a clear plan. Online dates can get stuck endlessly ‘shopping’ for the perfect partner, rather than actually starting a satisfying relationship”, and we agree wholeheartedly. It’s not impossible to find the man of your dreams online, but it is highly unlikely. Especially here on the Emerald Isle, where most of the guys are best friends, or cousins, or someone’s friend’s ex’s friends- an undeniably undateable bunch.

DailyEdge.ie posted an article once called “Eight Reasons Why Irish People Are Hopeless At Dating”, and as an opening line they depict the issue every single Irish person has pondered in their minds after taking a holiday abroad- “dating in other countries is wildly different to dating in Ireland. Whilst Americans are happy to approach a stranger and ask them out for coffee, Irish people would rather gnaw their own arm off than do the same thing”. This comes as no surprise when we really dive deep into the Irish dating scene, for some reason Irish people doubt themselves more than the average American or Londoner when it comes to attracting a partner. More so, when they do finally bag themselves a date with Sally down the road, they can’t execute the cool, calm and collected persona they portray online. Irish men especially have a huge issue in identifying their emotions. Every woman knows that Irish men have the innate ability to deflect every emotion under the sun and pass them off as nothing. As DailyEdge have simply put it, “it’s difficult to know if an Irish person actually likes you, because they’ll never tell you. Ever.”

Just to be clear, we’re not simply stating that every Irish man under the sun is completely and utterly doomed to be the worst date of your life. What we are saying is that the tactics that are comfortable just will not suffice in 2021. But never fear! At Intro, we have witnessed a tremendous increase in men signing on to our books who have ditched the comfort of their blasé persona and are realizing that to love someone else, you have to love yourself first. Though the endless lockdowns have been lonely and lacklustre, Irish men are finally getting the opportunity to think about who they are and what they really want when it comes to finding a partner. There has been a phenomenal decrease in men who can’t make up their minds and many of our newer clients have thrown out the wish-lists and unobtainable standards and are ready to finally put themselves out there to find a real woman in a traditional, personal way. 2021 will be the year for scrapping the Tinder profiles and getting down to the bare essentials of finding a perfect partner. Take our word for it!