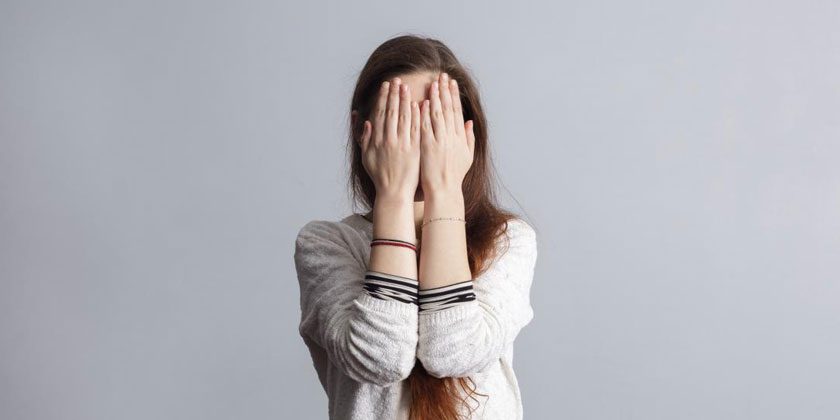 Everyone can identify an amazing female figure in their life. A resilient, kind-hearted, powerhouse of a woman. Maybe it’s your mother who bore you from her own body. Who cleaned your grazed knee when you fell in the park as a child. Who makes you home-cooked Shepard’s Pie when you come home from college over mid-term. Who picks you up from the bus stop when it’s lashing rain and you’ve forgotten your umbrella. Maybe it’s your sister who taught you how to talk to girls when you were thirteen before you attended your first disco. Who drops by to tell you about her promotion in work and laughs at you because you still can’t make her tea right. Maybe it’s your daughter, the inquisitive back-garden botanist who now has a Master’s Degree in Biomolecular Science and lives with her French boyfriend in an unfamiliar town halfway across the world. Maybe it’s a childhood friend. A college lecturer. A work colleague.

Now, imagine this woman has her existence dehumanized when Discord users sharing the most intimate parts of her body online for the whole world to see. This is what is currently happening in Ireland today. And it’s perfectly legal.

What is the Discord Scandal

In case you have been blissfully ignorant or living under a rock for the past week, nationwide news have been covering the story of The Discord Scandal, in which 140,000 nude photographs of Irish women were leaked online. These images were collected by a group of men and uploaded to an online “group-chat” server called Discord, for pleasure, power and a sick sense of revenge on those who they wish to humiliate, dehumanize and degrade. In conducting research on this topic, I came across an article in The Irish Examiner where one victim shares the backlash she received when speaking out about the leak:

“One of them was saying, ‘what do you think you can do’ and ‘these feminazi c**ts need to be burned’,”

Another article told of women receiving personalised death threats when they spoke out about the unauthorized posts.

The last time I checked, outing your abuser is the advice most people are given when subjected to sexual harassment and abuse. And yes I am calling this abuse. It is image-based sexual harassment, a new type of crime that is currently being denied by Irish legislation. When a woman is subjected to physical sexual abuse, the perpetrator is unlikely to be met with criminal charges. A study done by Women’s Aid Ireland shows that out of 12,855 calls made to the Dublin Rape Crisis Centre in 2017 documenting women speaking up about sexual abuse, only 2,945 sexual offences were recorded by An Garda Síochána. The numbers here don’t seem to co-align. This is because we, as an Irish nation, still uphold gender bias and fail to support women subjected to this type of behaviour.

A journalist for The Irish Mirror shares that Linda Hayden, founder of the VRC (Victims’ Rights Alliance), believes that “Irish women were targeted because the perpetrators know there is no law against sharing intimate images without consent” in the Republic of Ireland and that, to me, is disappointing beyond belief. Yes it has now been confirmed that the publication of intimate images without consent will carry a sentence of 7+ years, but for the women who were victims of the Discord Leak, this sentence is nothing compared to the humiliation and degradation they have suffered.

This is not the first time the women of this country have been let down by the law in relation to image-based sexual harassment and “revenge-porn”. In 2017, journalist and Irish Activist Dara Quigley took her own life after CCTV footage of her was leaked walking the streets of Dublin naked, during a psychotic episode. The CCTV footage was allegedly recorded by a member of An Garda Síochána and posted online. Was there a motive of sexual gratification behind this? Probably. Either way, this was a horrific and disturbing act of image based sexual harassment by a male in a position of power to dehumanize a woman at her most vulnerable. The perpetrator went unnamed, unpunished and was suspended with a full pay check, sources say.

An online article published online by The Journal in 2017 reveals that “the subsequent sharing of the video on other media led to it being viewed over 100,000 times on Facebook” before it was eventually taken down. By this time, Dara’s mental health plummeted to the point that she felt it necessary to take her own life. At the hands of a man who couldn’t see the consequences of his actions. Unfortunately, this is still the mentality of a portion of Irish men to this day.

In reviewing articles based around this topic, pessimistic and unsupportive language is used by certain journalists that confirm the lack of support for women subjected to such cruel acts. A recent article in The Irish Times contains quotes such as “Gardai investigating the online sharing of so-called “revenge porn” of hundreds of Irish women believe criminal charges are highly unlikely” and “a large number of the images were initially shared consensually by women on subscription services such as OnlyFans”. This type of speculative language and victim blaming is deeply-rooted in a large number of Irish men, and even sometimes women, who are not properly educated on the severity of the situation. Global award-winning author of “Asking For It” and proud feminist Louise O’Neill has shared her views on the Discord Leak in an article for the Irish Examiner this week. In the article, Louise gives a de-brief on ‘incels’, otherwise known as involuntary celibates, a group of men who consider themselves unable to find a sexual partner. Men who fall into this category of celibacy often view women as a target to unleash their frustration upon and, ultimately, their shame of not being able to share an intimate relationship with women. They view women as objects of pleasure, as Louise outlines in this article:

“After days of reading about the importance of finding a female partner who is in a ‘sexually pristine’ state, how education, career, and ambition are ‘useless’ for women as they don’t enhance male sexual satisfaction, and that women should be ‘forced’ to date undesirable men, I felt chilled to the bone.”

Equality in Respect, Dignity and Personhood

We at Intro support the theory that there is someone out there for everyone, that finding love is a give and take scenario, that women and men are held at an equal standard. No woman should ever feel a man is entitled to her body, her ambitions, her successes and her strength. No man should ever feel the need to degrade a woman based on her success. And no woman should be coerced into dating a man she finds undesirable. This seems like pretty common knowledge to me, and it might seem like common knowledge to some of you reading this. But for others, it just is not that simple.

To bring it back to the topic of the Discord Leak, Louise gives a de-brief of this type of mentality in the men involved in the unsolicited sharing of the images. She explains that “when a user on the forum was told that one of the victims tried to take their own life, he replied- “was she hot??”. This dehumanisation of women is horrifying but not shocking”. This is, in fact, the entire issue. Men have mistreated women before, men will mistreat women again. But the fact of the matter is this: If you don’t want to live in a world where your mothers, sisters and daughters are being treated like objects, subjected to sexual harassment, disregarded and humiliated at the expense of men feeling lonely and intimidated by womens’ success, you need to start the conversation. With your father, your brother, your son, your friends and your extended family. Have the conversation with your work colleague, your supervisor, your GAA coach.

You would never wish the worst upon the female figures in your life, so why let society abuse them at this level? It’s not ethical to shame us for crimes being committed against us. It has gone on too long. To conclude, in the words of Louise O’Neill:

If you have had personal images shared without your consent, support is available.
@Womens_Aid ‘s 24hr National Freephone Helpline is 1800 341 900
@DublinRCC ‘s National Helpline is 1 800 77 8888
@Vicsalliance