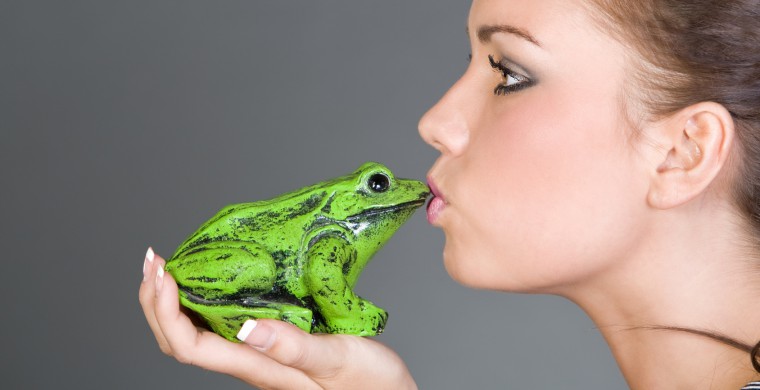 A Whole New World – Why Prince Charming is a bit Dated

AN online video has mocked Disney’s most famous and charming princes. BuzzFeed’s viral hit, ‘If Disney Princes Were Real’, depicts them as over-possessive, dim and downright. It shows how everyone from Prince Florian (Snow White and the Seven Dwarves) to Beauty and the Beast’s eponymous hero would make terrible boyfriends in real life. As both men and women alike are realising, the Disney roles are probably just an amusing anachronism when it comes to modern dating. In this Irish Examiner article, Intro’s Rena Maycock tells us why some women are royally…fed up?…with the notion of Prince Charming.

Looking to meet a Prince Charming sets unreal standards for men, and can leave women unhappy, says Deirdre Reynolds. The hilarious Buzzfeed viral video, showing a hapless independent woman on a series of first dates with a selection of Disney princes, has stirred a little conversation which has continued long after the belly laughs have subsided. Have a look at the video for those laughs, then read on for the conversation!

According to a recent study by AXA Insurance, Just one in 25 women say they would be embarrassed if a man offered to carry their shopping or pulled out their chair. With fewer than one in five men demonstrating such old-fashioned manners, though, according to the survey, there’s little fear of being left red-faced. Have men just kicked traditional manners to the kerb, or are have they become a little more cautious about having their chivalry interpreted as suggesting dominance?

“Generally, the women who come to us are very well-educated and have their own money,” says Rena Maycock, of INTRO Matchmaking Agency in Dublin. “They don’t want a man to look after them. At the same time, if they go out for dinner, and the man doesn’t at least offer to pay, there’s a furore!”

“No matter how worldly or wealthy a woman is, though, I think she always appreciates a man who is chivalrous”

“Women don’t like to be perceived as helpless, or like the stereotypical fairytale princess who needs to be rescued from a tower. Our female clients certainly don’t want to be saved, or give off the impression of wanting to be saved — but they do expect a bit of charm.”

“No matter how worldly or wealthy a woman is, though, I think she always appreciates a man who is chivalrous, and I would say that 95% of our female clients are looking for a gentleman, Rena states.”

Frozen and Tangled – Moving into the Modern

With Disney also recognising this new space that the prince must occupy – a blended role of good old-fashioned manners & respect and a new skill to convey these qualities to an equal partner in his ‘princess’ – we’ve been given new princesses. The re-imagining of Rapunzel in the 2010 hit ‘Tangled’, gives us a princess who is, at the very least, an equal partner in the adventure. Bravery, intelligence and wit are all provided by her (so wonderfully voiced by Mandy Moore) in moving the story forward.

And the stratospheric hit that was last year’s ‘Frozen’, gives us two strong female protagonists in Anna and Elsa, who ultimately save each other. The ‘prince’ role wasn’t eliminated in either case, it had simply evolved. The chivalry is still there. It’s just more moderate.

“I’m not exactly wearing a meringue dress and tiara myself, so it would be double standards, really!”

Radio presenter, Paula MacSweeney (28), who presents Saturday Hits from 6-10pm on Today FM, captures this well when she says: “I think Prince Charming is someone who makes you a nice cup of tea and tells you you look pretty when you’re just in the door after a long day’s work, and got caught in the rain.”

“Although I read all the usual fairytales as a child, I’ve never expected Prince Charming to come along on a white horse and sweep me off my feet.

“I’m not exactly wearing a meringue dress and tiara myself, so it would be double standards, really!

“For me, honesty, loyalty and kindness are the most important qualities in a partner,” she says, “while bad manners are a complete deal breaker.

“I recently went on a date with a guy who kept answering his mobile phone, and shouting down the phone about how busy and important he was — it was so embarrassing.”

For Tony Moore, of Relationships Ireland, both partners being reasonable about their expectations of each other is significant step in the right direction.

“People buy into the idea that their Prince or Princess Charming is out there, and when the person they’re dating doesn’t live up to their expectations, they’re immediately dumped.

“For men, in particular, the pressure is horrendous,” he says. “More and more women feel they have the right to criticise and dehumanise their boyfriend [by] telling them they’re not good enough. That constant criticism, and the idea that men are [less than] human, is reinforced in advertising.”

“As counsellors, we’ve seen a shocking increase in the level of verbal and emotional abuse handed out to men who do not live up to expectations.

The moral of the story is to forget about Prince Charming, and give Mr Average a chance instead, says Moore: “We’re always trying to say ‘lower your expectations’, because nobody is perfect.

“Forget finding Prince Charming, and concentrate on Prince Reasonable,” he says, “and start behaving like Princess Reasonable yourself.”